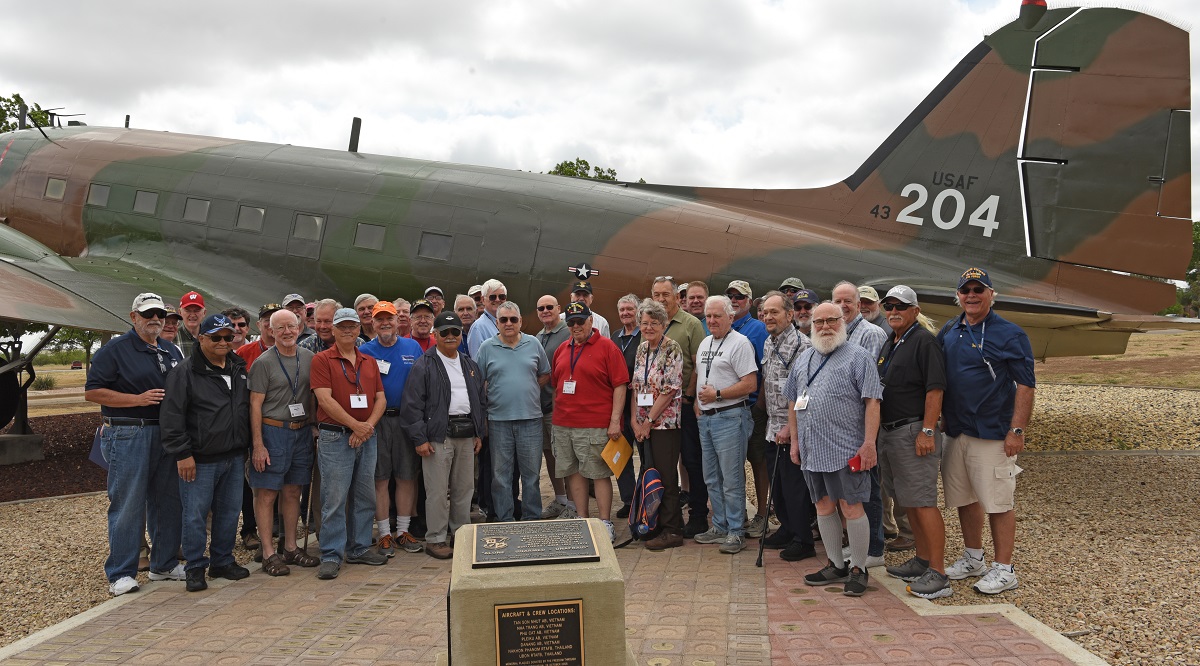 Everyone was welcome to attend with a special invitation to Chinese Linguists since they sat beside the Doggers on most flights and in most ground stations during Vietnam. There are even at least six ChiLings who earned DFCs flying in and around Vietnam. It is estimated that 27% of the “This is no shit” stories from USAFSS operations in the Vietnam era are attributed to ChiLings. Therefore, all Chinese Linguists who participated in Vietnam were strongly encouraged to attend, and all other Chinese Linguists were also invited and welcomed with open arms. The Doggers rightfully use the FOSP as a reunion, and for the lack of anything better and easier, it was a time for a ChiLing reunion as well.

FOSP 2022 was a 4-day party from Wednesday, April 27th thru Saturday, April 30th (checking out on Sunday). They congregated at and operated from the Wingate by Wyndham Hotel on S. Jackson Street (just off Knickerbocker Road).
FOSP activities included a base tour that included the DoD Fire School and a memorial service at the EC-47 display and Weyandt-Eddy Memorial Plaza. There was also a golf outing, a BBQ at Lake Nasworthy, a tour and lunch downtown, and dinner at the River View restaurant. Dinner included a Vietnam War Commemoration pinning ceremony and auction of donated items. It was a grand affair. Click HERE to read the Vietnam War Commemoration After-Action Report prepared by Larry Miller and submitted through the EC-47 History Site CPP online portal.
The following photographs were provided by the 17th Training Wing Public Affairs Office and the Heritage Chapter-Freedom Through Vigilance Association. USAF Senior Airman Abbey Rieves too the first 17 photos in this series. The next 91 pictures were taken by Wayne Bascom.  These are official USAF photographs and Heritage Chapter pictures now in the public domain. There is no charge to download and use these photographs. Please credit this source when downloading, printing, and/or copying these photographs for personal use only.