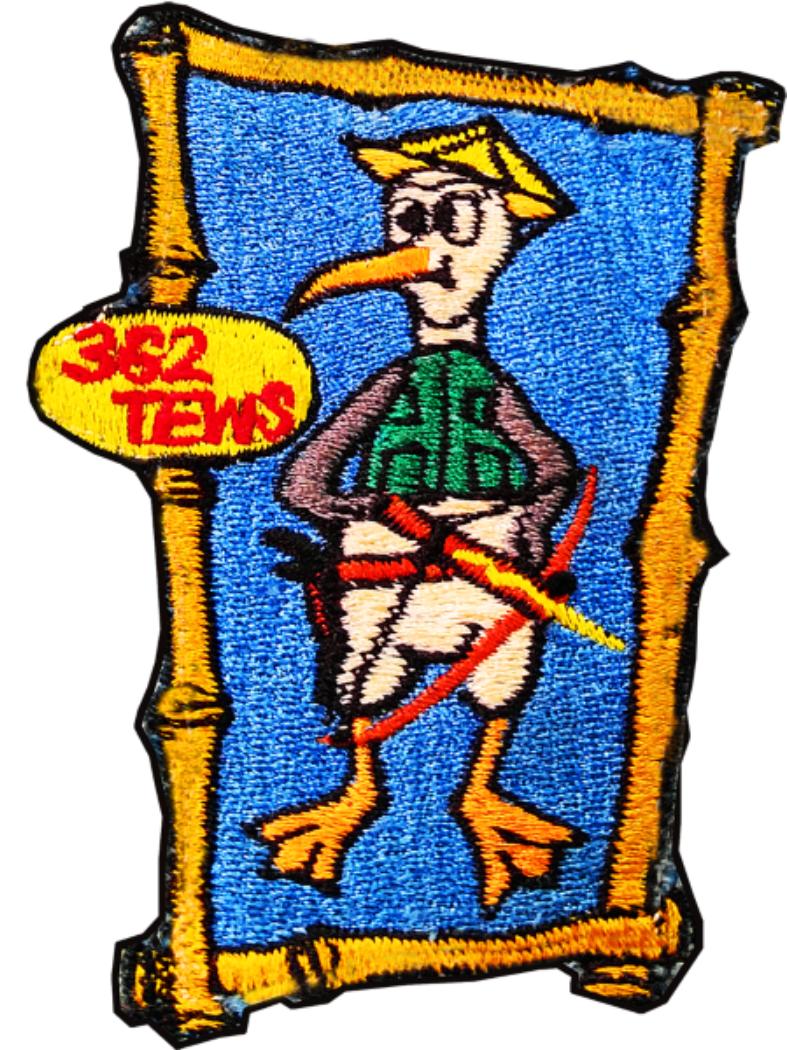 Activated in July 1966 as Detachment 1 of the 361st Reconnaissance Squadron, the first personnel (an officer and twelve enlisted men) arrived at Pleiku Air Base, Republic of Vietnam the next month. Calling themselves the “Dirty Dozen”, they set up shop in an area previously occupied by the South Vietnamese Air Force. The first EC-47 aircraft and crew arrived on December 8th and flew the first operational mission four days later. Other aircraft and crews arrived soon after. Since a large number of these EC-47 aircrews had prior WWII and/or Korean War experience flying the Gooney Bird...and were the age of many grandfathers...the detachment soon acquired the nickname, "The Elderly Warriors". Meanwhile back at Saigon (Tan Son Nhut Air Base), the “Antique Airlines” moniker would soon be coined for the aged aviators flying missions with their headquarters squadron. The detachment was renamed the 362nd Reconnaissance Squadron on January 31, 1967. It was renamed again, this time as the 362nd Tactical Electronic Warfare Squadron (TEWS), on March 15, 1967. For a time during the war, their aircraft were identified with the AN tail marking as shown in the top photo.

The mission of the 362nd TEWS was to provide the aircraft, maintenance personnel and the “front-end” crews to fly and maintain the EC-47 as the airborne platform for the United States Air Force Security Service “back-end” crews that performed radio direction finding and signals intelligence collection missions over the battlefields of Vietnam, Cambodia and Laos. These back-enders, mostly enlisted Morse code radio operators, Vietnamese linguists, communications analysts, and equipment maintenance personnel, were assigned to Detachment 2 of the 6994th Security Squadron.

The 362nd TEWS veterans organize annual reunions in Branson, MO. Led by veteran maintainer, Ed Diehl, and supported by the EC-47 History Site Commemorative Partner Program committee, they added a Vietnam War Commemoration ceremony to their reunion program in 2017. This ceremony has been continued each succeeding year.

This year, there were twenty-three veterans and twenty spouses and guests attending. The highlight of the reunion was honoring all the veterans and presenting Commemorative lapel pins to five additional first-time recipients. There was a raffle of an EC-47 model airplane that drew much attention and interest. A number of attendees also visited the Branson Veterans Museum. Overall, there was great fellowship, feasting, and frivolity.

Ed Diehl is looking forward to setting up their 14th reunion at the same place in 2020.