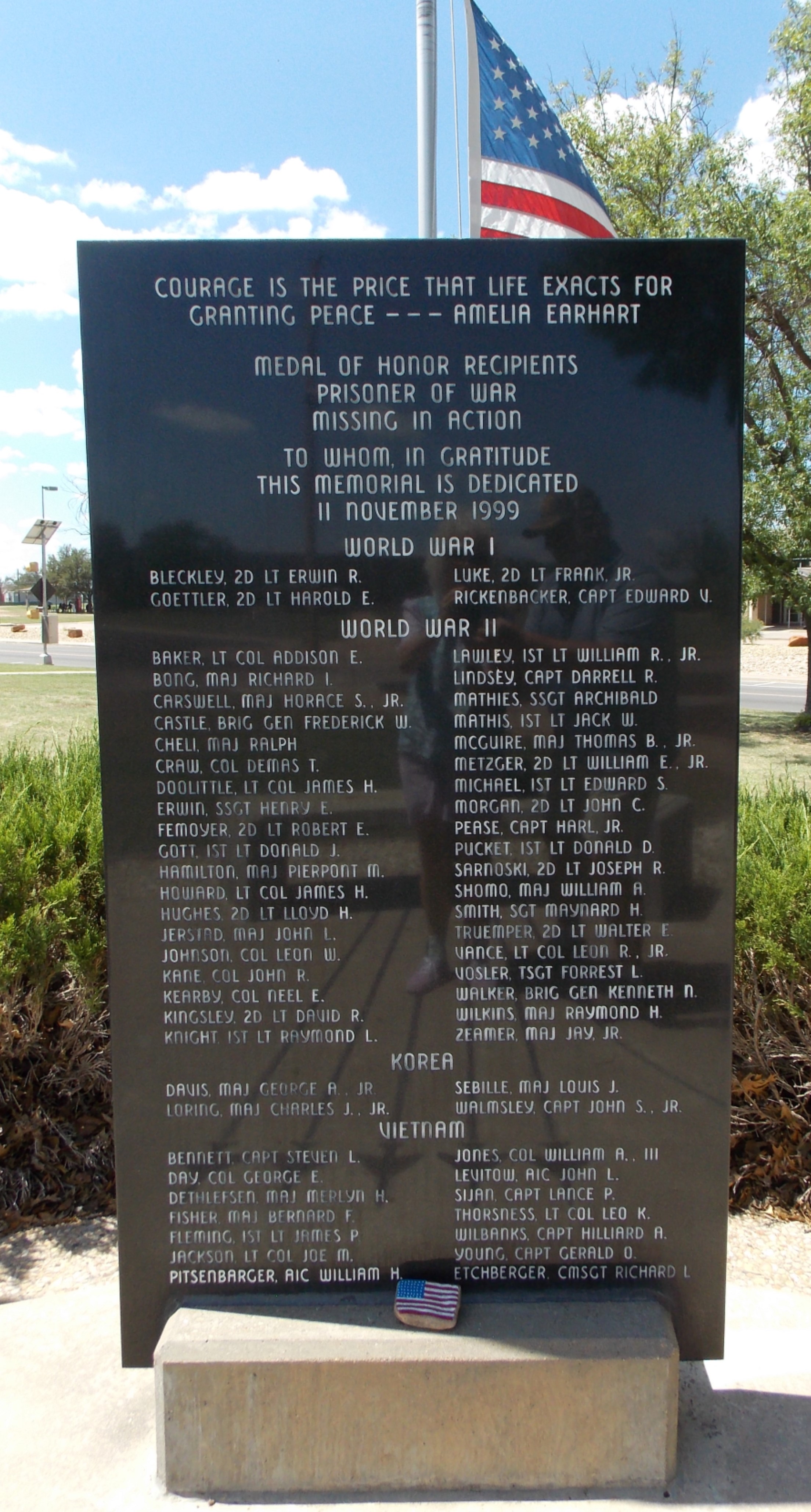 This memorial includes the names of veterans from World War I (4), World War II (38), the Korean War (4), the Vietnam War (14), and the War on Terrorism (1)* who were awarded the Medal of Honor (MOH) or were Prisoners of War or Missing in Action.

THE GREAT WAR - WORLD WAR I

THE WAR TO END ALL WARS - WORLD WAR II

THE GLOBAL WAR ON TERRORISM - AFGHANISTAN

This webpage is provided as a public service by
the EC-47 History Site 50th Vietnam War Commemorative Partner Program committee.