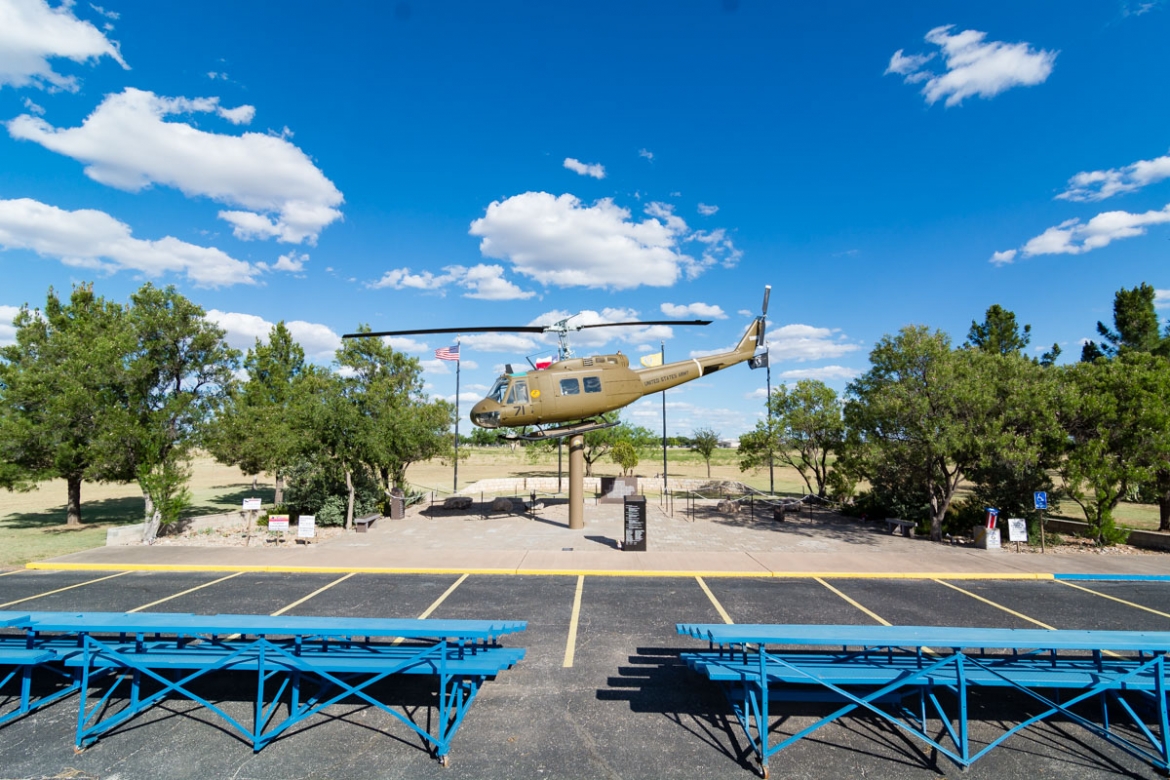 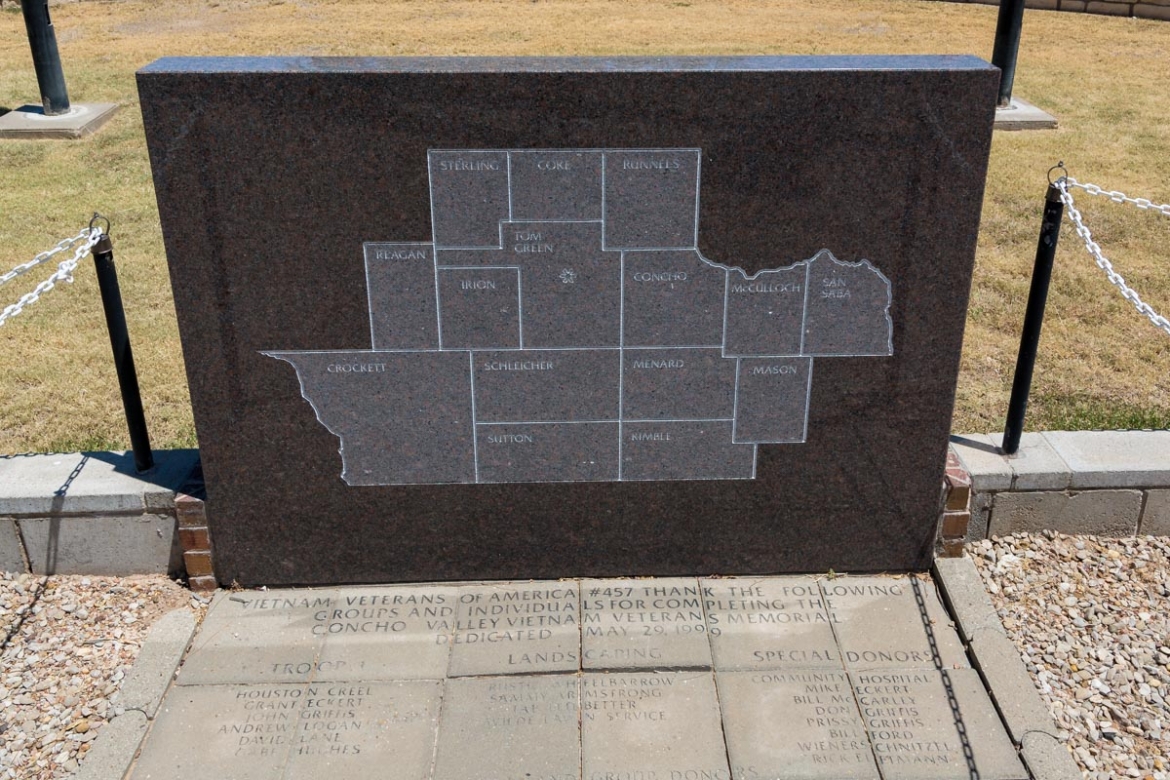 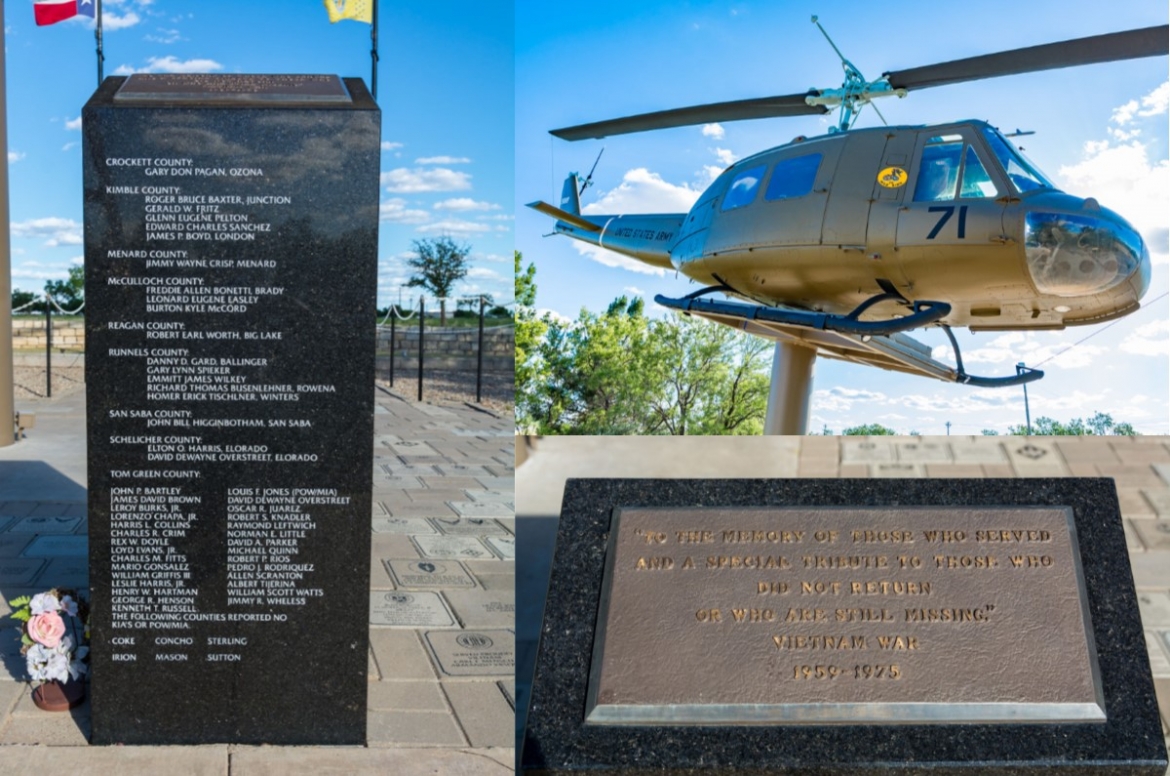 The Concho Valley Vietnam Veterans Memorial is located in San Angelo, Texas, at the entrance to the municipal airport and Knickerbocker Road. It is a tribute to the 48 men from 15 of the West Texas Concho Valley counties who died in service related to the Vietnam War...and to those who served and survived.

San Angelo Mayor Dick Funk and Armando Vasquez, President of Chapter 457, signed a Vietnam Veterans Memorial Park Agreement on 23 May 1995. The May 1995 Agreement outlines the general responsibilities of both signatories and includes an artist's conception drawing. More documents will be uploaded as they become available. The memorial was dedicated on May 17, 1997.

The Vietnam Veterans of America (VVA) San Angelo Chapter 457 maintains the memorial. They also administer the memorial paver program. Click any of the images in the above slideshow or HERE to link to the photo gallery of 700 memorial pavers installed in the plaza underneath the helicopter.

Individual names listed on the memorial black granite monument are replicated below. Each name is linked to the Vietnam Veterans Memorial Fund Wall of Faces website. Additional information for certain individuals is available on the Permian Basin Vietnam Veterans Memorial and the Honor States websites. Links are provided at the bottom of this page.

There were no KIA or POW/MIA reported for the following counties: